Catholic Sisters Week shines a light on the spirituality, mission, and community building of women religious.

Catholic Sisters Week shines a light on the spirituality, mission and community building of women religious. 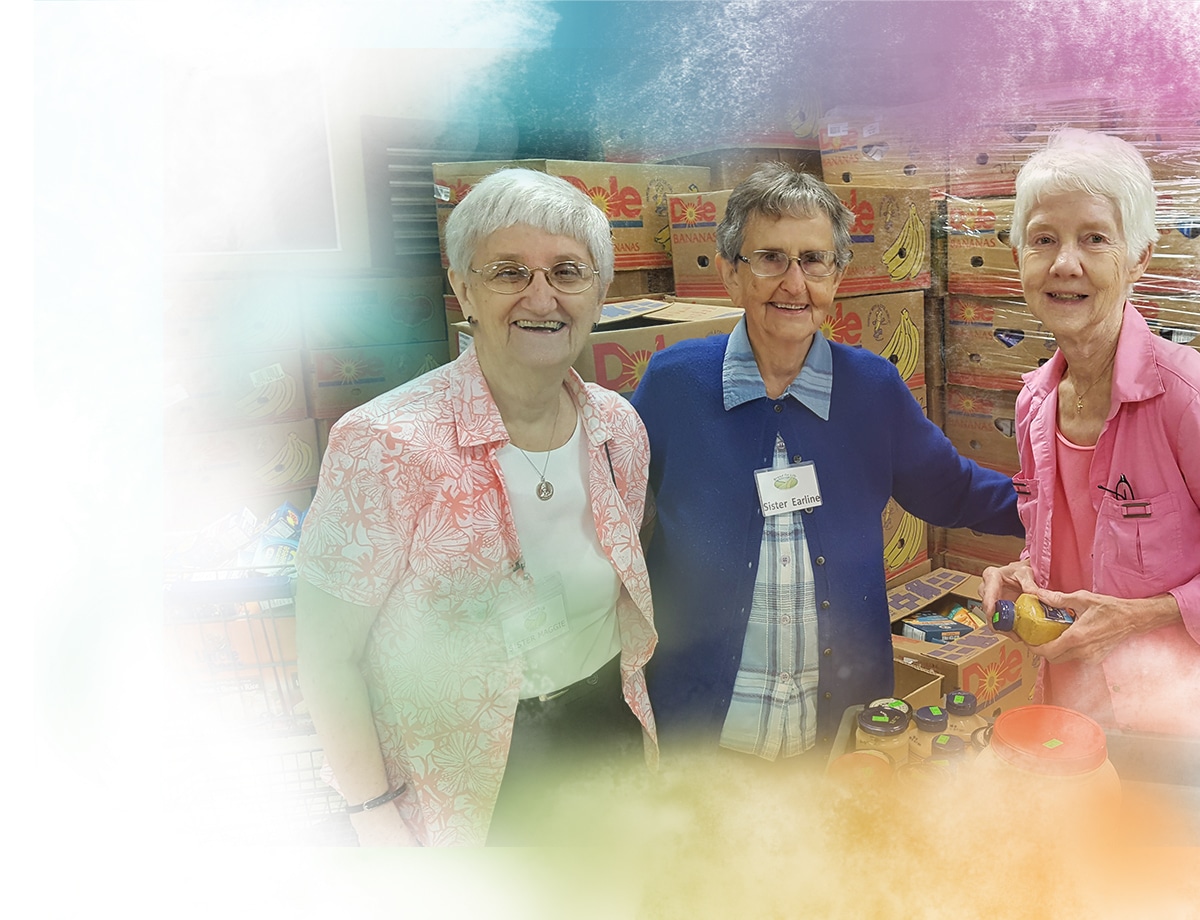 There is a role for everyone in Catholic Sisters Week: individuals, groups and organizations, families, parishes, schools and universities. Let the ideas below ignite your creativity—whether you’re able to plan and publicize a large-scale on-site event in your area, support a congregation’s work with a collection, create a virtual event on your community’s website or simply give a shout-out on social media in support of the life and mission of Catholic sisters, your participation is vital.

But for one week, March 8-14, we shine the spotlight on women religious and encourage a wide range of campaigns and events that invite all who follow Jesus to 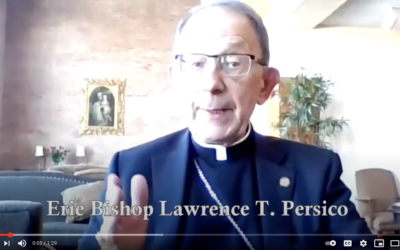 Give thanks for generosity, dedication and witness 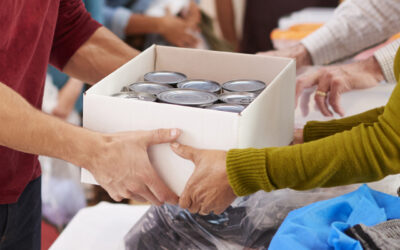 The Benedictine Sisters of Delaware are joining communities of religious women across the country to put a spotlight on food insecurity during the COVID-19 pandemic. 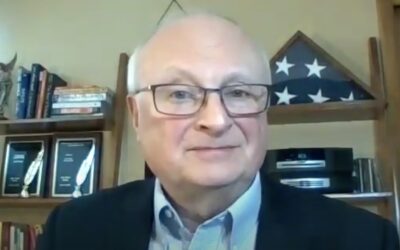 Gary Loncki, CWR member and Communicator for the Sisters of Mercy of the Americas talks about Catholic Sisters Week. 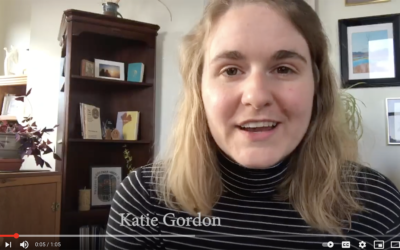 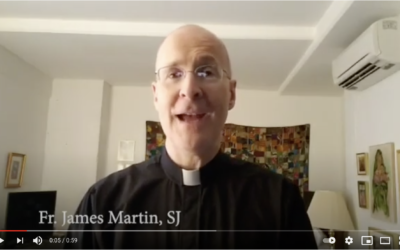 A message from Sister Jean 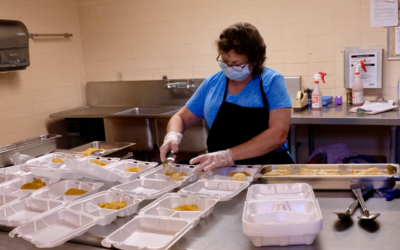 Changing the World by Feeding the Homeless

The Sisters of the Order of Saint Benedict, St. Joseph, MN, have been supplying meals two times a week to the homeless population who are currently residing at the Rodeway Inn in St. Joseph. They are changing the world. Mark Catholic Sisters Week 2021 by changing the world, too. Click image to read more. 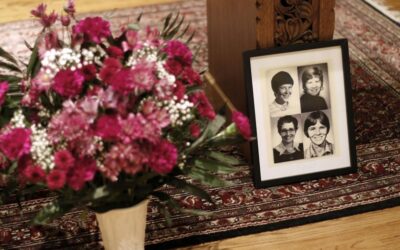 Forty years after their brutal murders on Dec. 2, 1980, the lives and tragic deaths of four American churchwomen murdered in El Salvador will be commemorated in a number of prayer services, vigils, and online events. 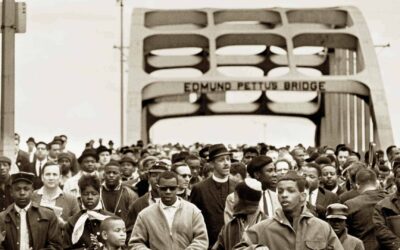 A Conversation with Sisters of Selma

Global Sisters Report invites you to join Witness & Grace: A Conversation with Sisters of Selma with professor emerita Carol Coburn, who conducted our Q&A series, Mercy Sr. Patricia McCann and Therese Stawowy, who was a Sister of Loretto when she marched in Selma. 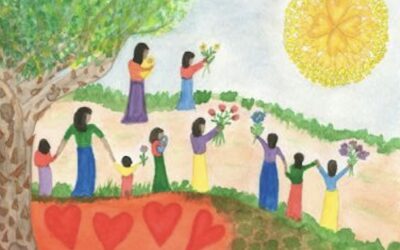 LCWR and SHARE Foundation invite individuals, sister parishes, educational institutions, faith communities, women religious to celebrate the gift of these four women and remember all of those who dedicated their lives to working for justice in El Salvador and throughout the world. The anniversary is an opportunity to offer their story to a new generation hungry for a share of their love, selflessness and courage.

Since the fall of 2019, Catholic Sisters Week (formerly National Catholic Sisters Week) is under the direction of Communicators for Women Religious (CWR). As we continue to develop new resources and programming ideas, you will notice both continuity and change, beginning with the name: CWR renamed the initiative “Catholic Sisters Week,” signaling a desire to raise awareness of women religious not just in the United States but also internationally.

Our growing web home, catholicsistersweek.org, will provide space for listing your events, gatherings, campaigns, and activities. This is also where you’ll come to find an event you want to attend, to make a local connection, sign on to an online event, or find ideas for your own events. Information and tools for Catholic Sisters Week 2021 will be landing on this website over the next several months.

We encourage women religious communities and congregations and those directly connected with them:

About Communicators for Women Religious

Communicators for Women Religious is a professional organization of communicators within religious congregations of women. CWR members promote an understanding of women religious, enhance their image and advance their mission. Catholic Sisters Week and the efforts and events associated with it dovetail seamlessly with the overall mission of CWR. 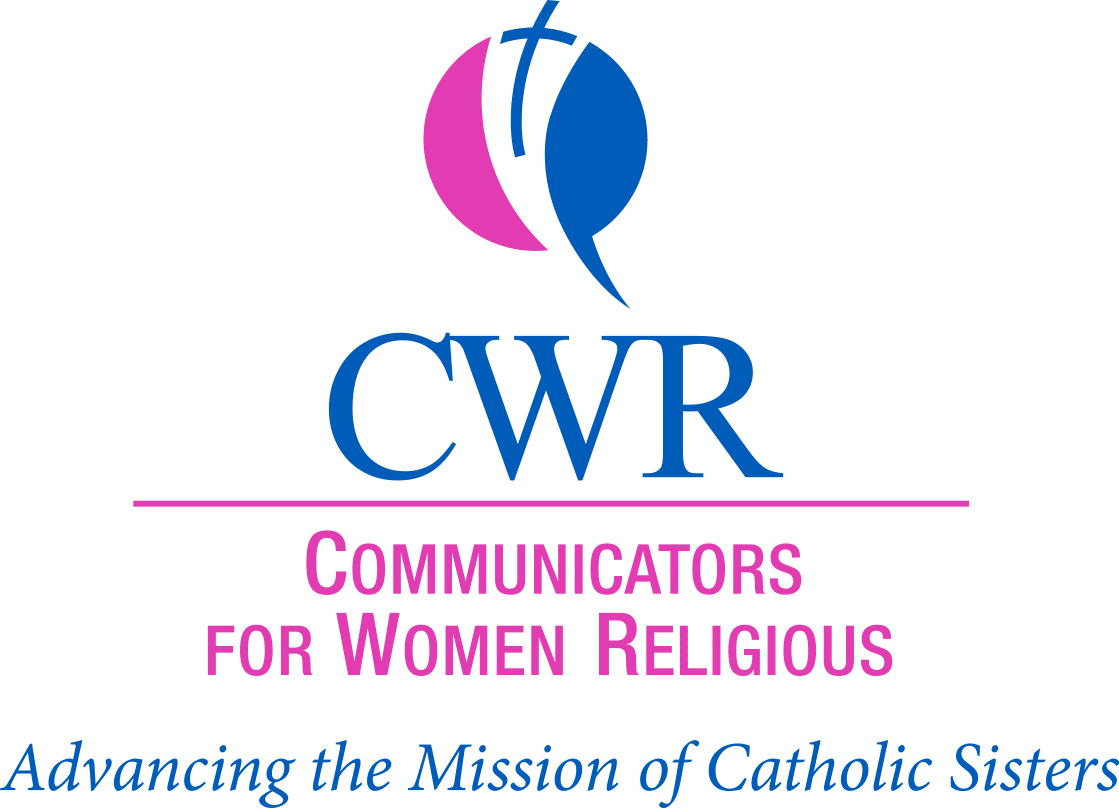 Who are Women Religious?

They are vowed women who give public witness to Christ through a diversity of ministerial works such as teaching, pastoral care, health care, retreat, and spirituality programs and a multitude of other outreach efforts. They often work on the frontlines of global change, striving to improve various aspects of society, especially for those on the margins. For example, today this can mean efforts to reverse the climate crisis, work for immigration reform, upholding human rights, and other social justice concerns. While prayer and community are integral to the lives of all women religious, some are called to live cloistered lives dedicated full-time to contemplative prayer.

What is a charism?

While each congregation or community of women religious give witness to the gospel, they do it through their unique charism or gift of the spirit. How that gift is lived can change as the world changes and as the membership of the community shifts. Today, many congregations are living their charisms more broadly through the work of non-vowed women and men who make formal commitments to these charisms as associates, oblates, agrégées, or third orders.